A bit of a damp week

I didn’t think I had much to share with you this week, as we’ve had quite a damp, showery week. But it turns out I have more than I thought, including 3 bits of video.

So I’ll start last Sunday, when I took Teddy down to Lake Pier at Hamworthy. It used to be a favourite destination of Max’s, but since they’ve started charging for the car park I haven’t been back. Anyway, it wasn’t a particularly nice afternoon: fairly breezy with squalls of rain. I don’t think Teddy has been to the beach before as he didn’t seem to know what to make of the waves.

He did find the seaweed quite tasty though (you would think he was never fed). 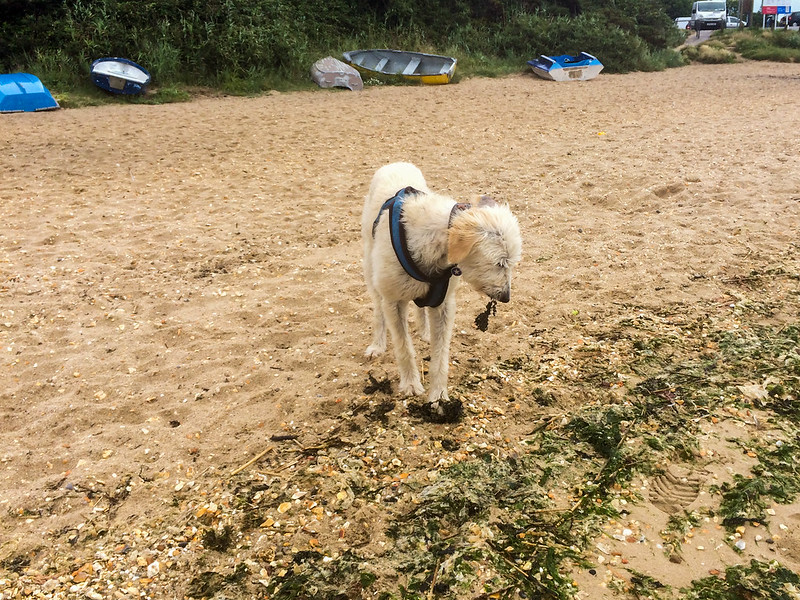 And he had a great time chasing the wagtails along the beach and then the seagulls into the water. Monday we actually had some sun for our walk over to Upton Heath, and Teddy made a new friend at the pond: a young German Pointer. Here they are having a great time.

Tuesday was another nice day and I decided to take Teddy out to Wareham Forest. We hadn’t been there long when we met two 13 week old French Bulldog pups. 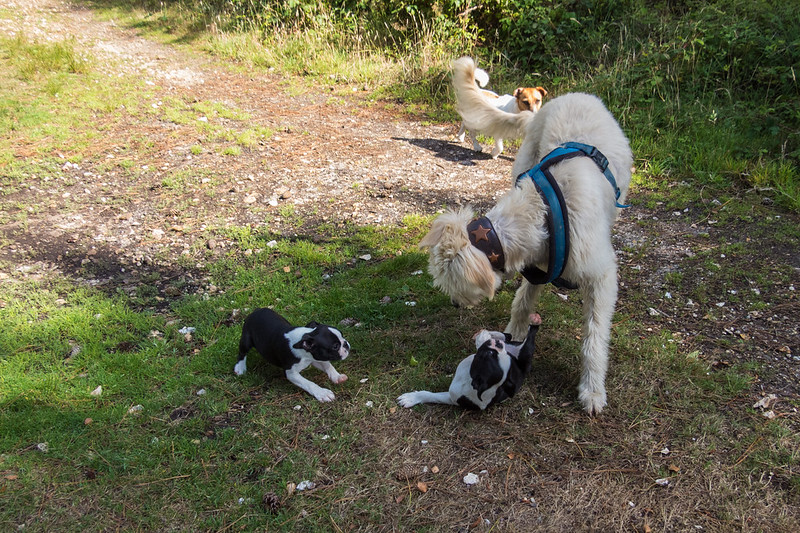 They wanted to play with Teddy until he started chasing them and then they got scared, so I put him on the lead and walked him on.

As I said, it was a very nice day, as you can see from this photo of Teddy approaching the Dragonfly Pool (on the left). 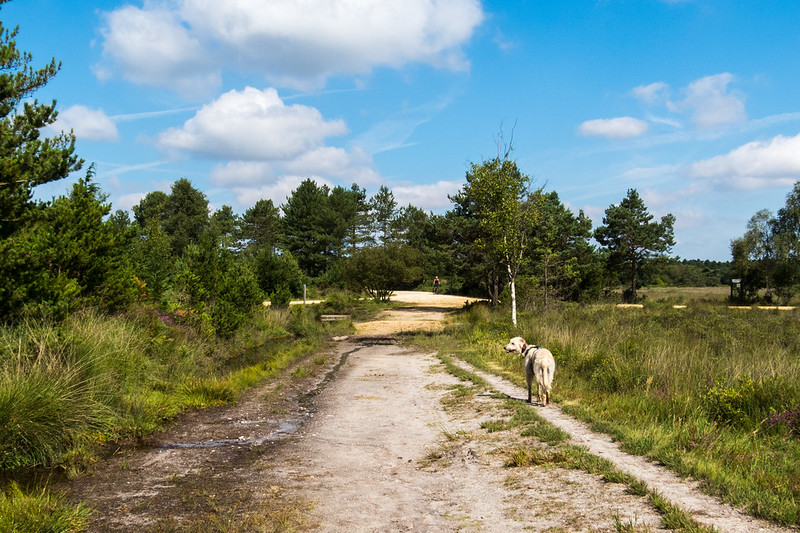 And here is said Dragonfly Pool, looking rather lovely in the sunshine. 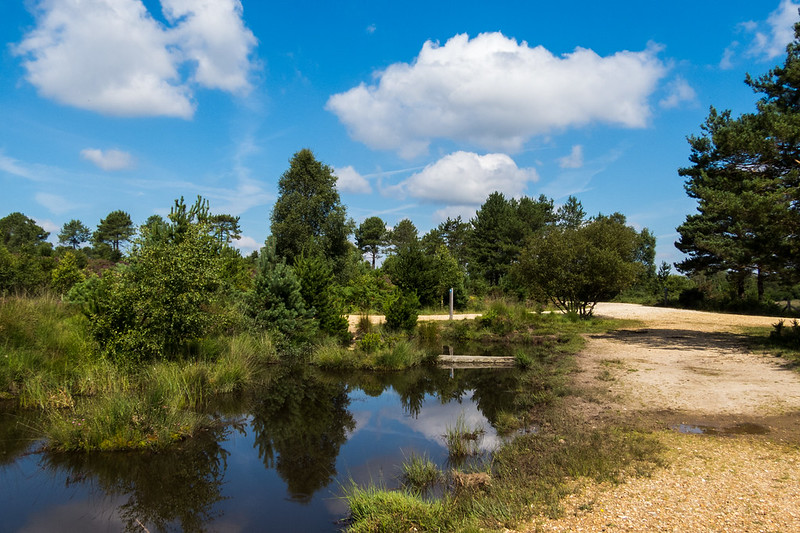 I took Teddy for a slightly longer walk today and chose I route I used to take with Jez and Max but which I don’t think they’ve been up to walking for the past 3-4 years. It bought us back along the side of Decoy Heath. 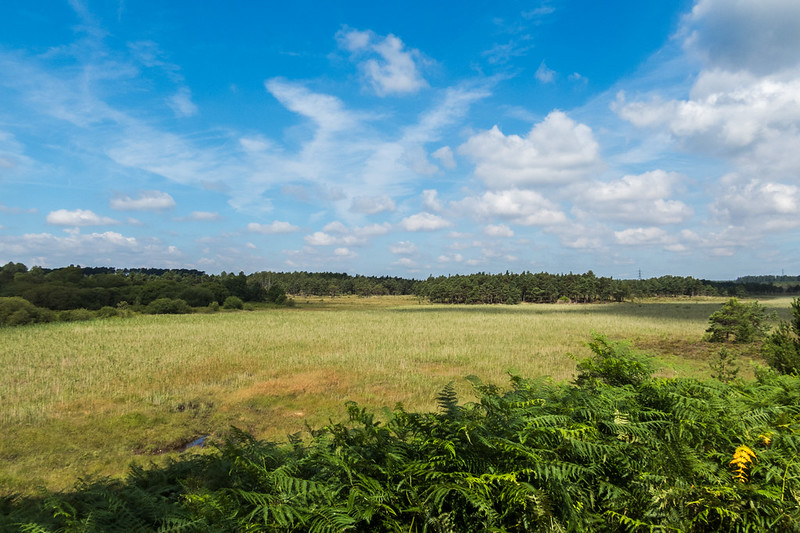 Although it looks like grass it is mainly bog, covered in grassy hummocks in places and reeds. Walking along Teddy spotted a crow out on the heath and took off after it. He was doing fine until he fell into one of the boggy pools, at which time he came to an abrupt halt. Just look at the state of him afterwards. 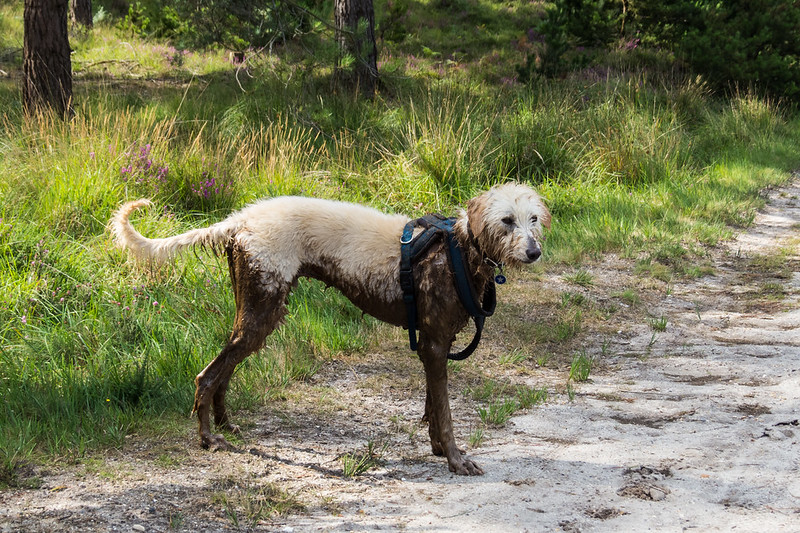 All that mud can make a little dog quite frisky though.

I tried to wash him off in the Gruffalo Pool but he wouldn’t go in, choosing to run after a horse and rider that I thought was far enough away before I let him off the lead again. Fortunately no harm was done but I’ll have to hold onto him for longer when we meet horses in future.

So I arrived home with a very muddy dog, and had to bath him, which he did not appreciate. I had a nice clean, dog afterwards though. 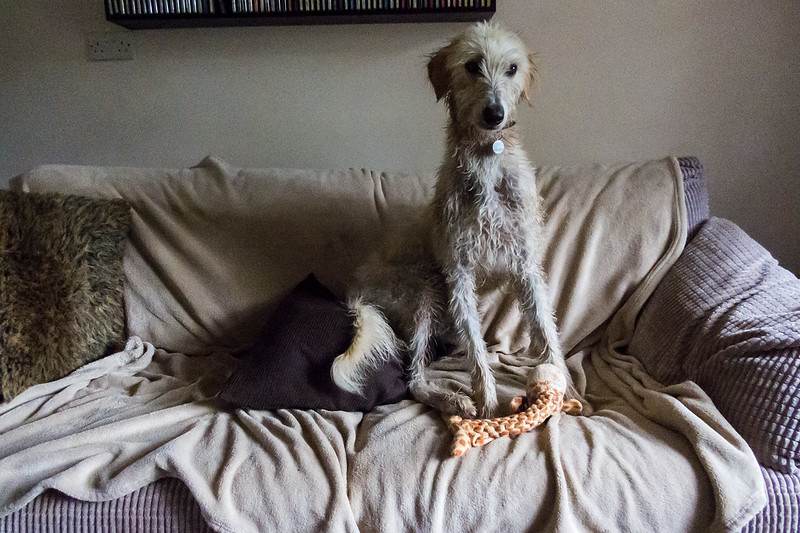 After that the weather got worse and it was either overcast or raining and I didn’t take any photos until we went to Delph Woods in the rain on Saturday afternoon. We had had strong winds overnight and I came across a fallen silver birch tree alongside the stream. 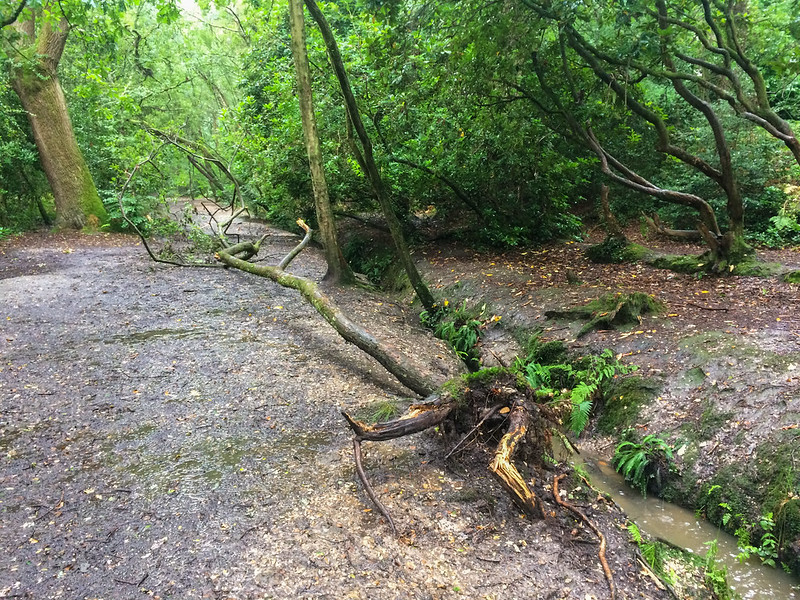 With all the rain Teddy looked very bedraggled and sorry for himself. 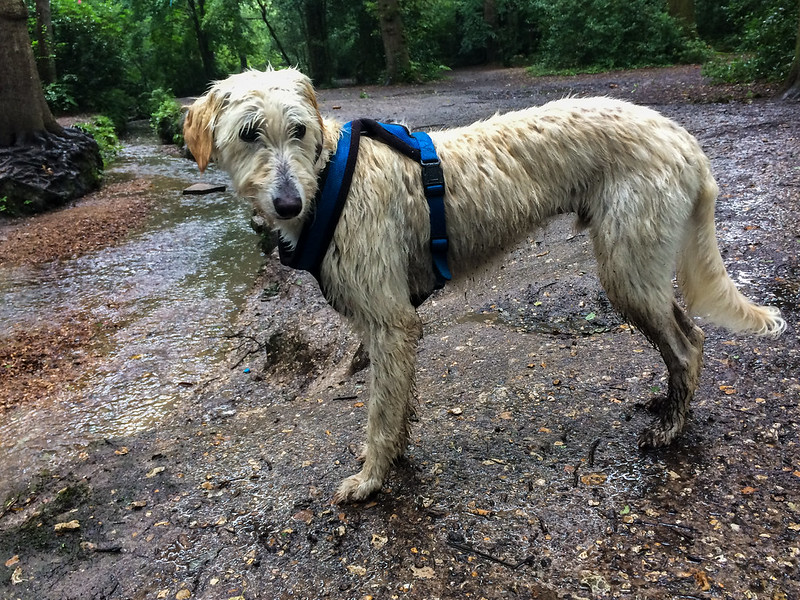 Even the lake looked pretty dismal. 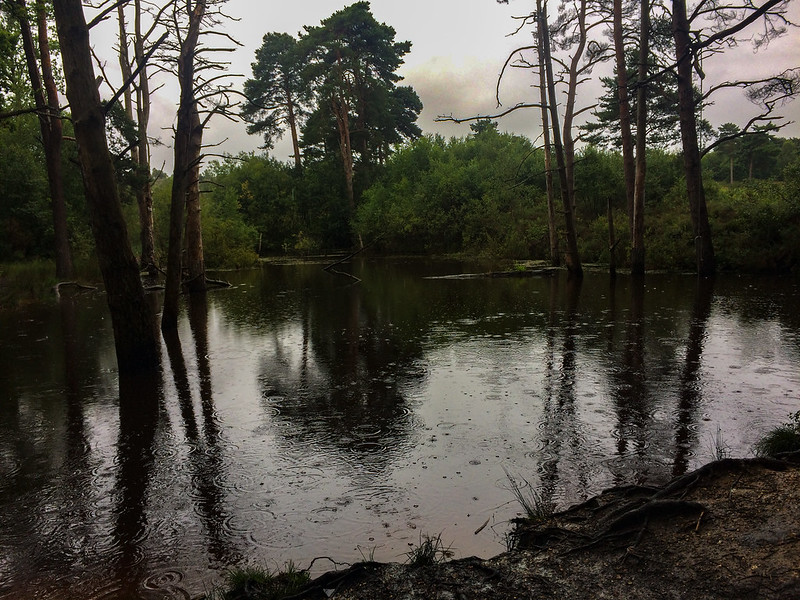 So we were happy to get back to the car and the dry. 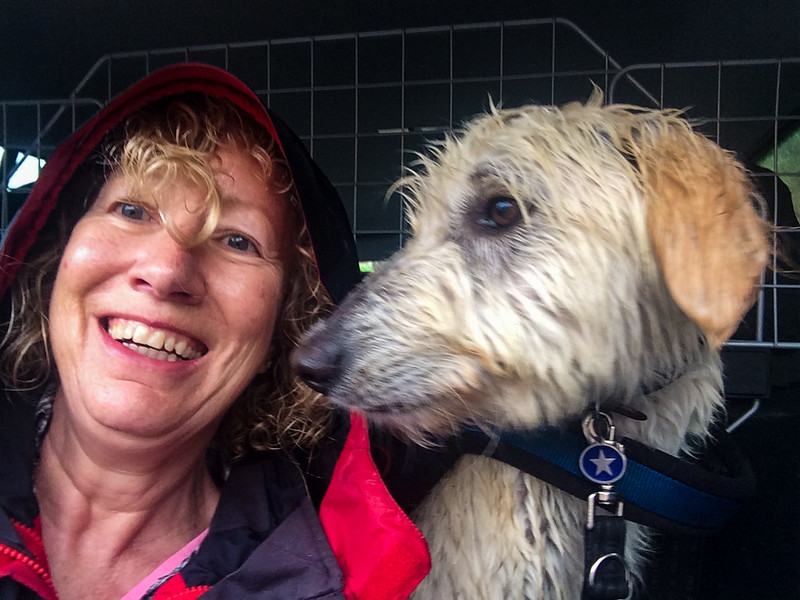 I’m hoping for slightly better weather in the coming week. Perhaps I’ll be able to get some of my washing done.

One thought on “A bit of a damp week”