Sunshine after the rain

Monday was wet and cold, so I put Teddy’s new coat on him for our morning walk on Upton Heath. I think he looks a very smart boy. 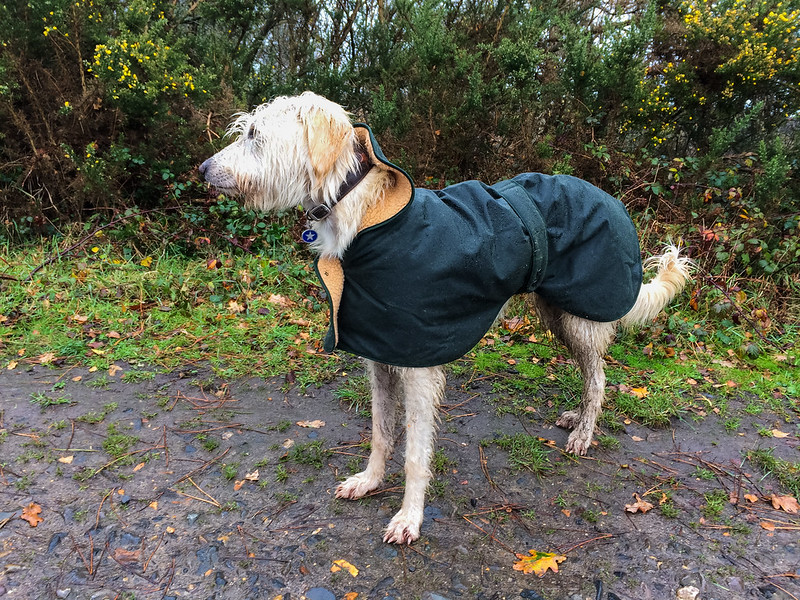 Tuesday morning the weather was very different and I took this photo of Teddy in the sunshine on Canford Heath. 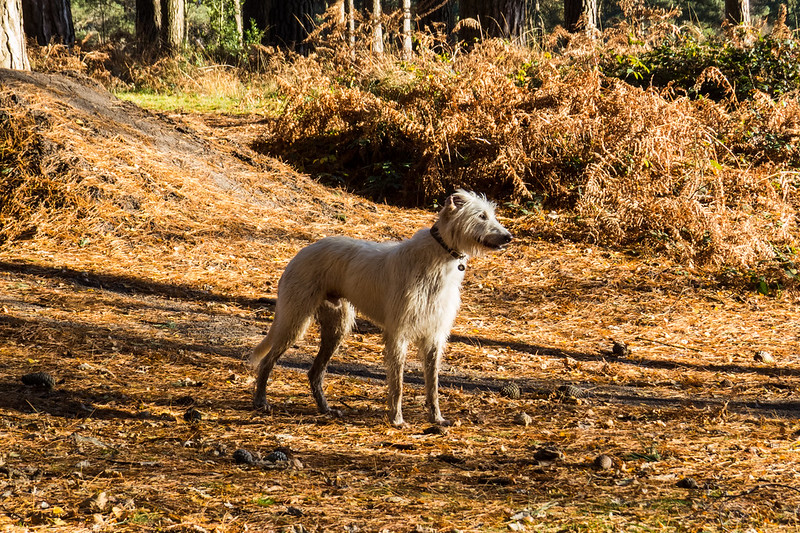 Wednesday afternoon we were back on Canford Heath again, in yet more sunshine! This photo is taken near the Pilsdon Drive entrance to the heath. 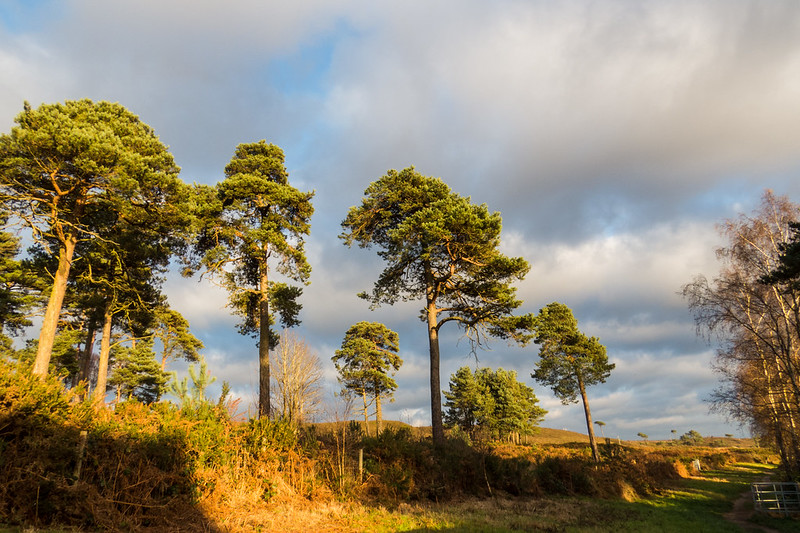 The sun was low behind the clouds when we got up onto South Walk though. 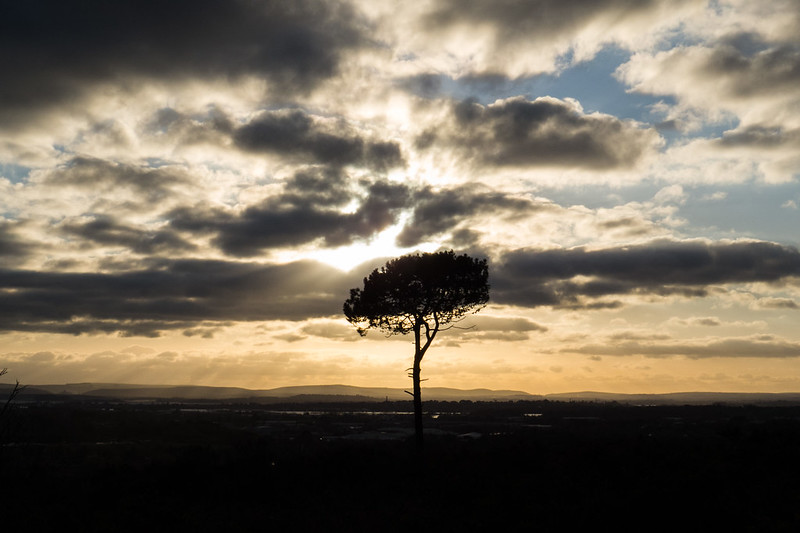 It re-appeared as we crossed the heath though. 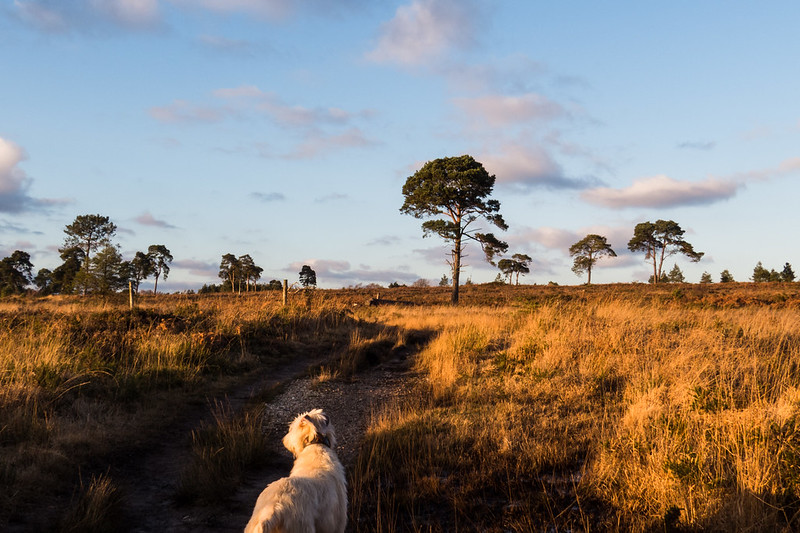 And the colour of the clouds and the sky meant I got a nice photo of one of my favourite trees. 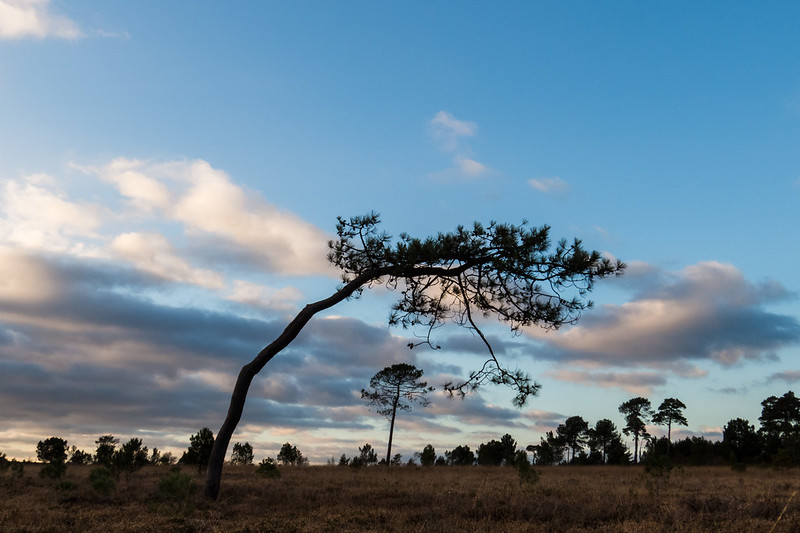 On Thursday we were back walking the eastern side of the heath. As you can see, it was nice and sunny again, but it was quite cold. 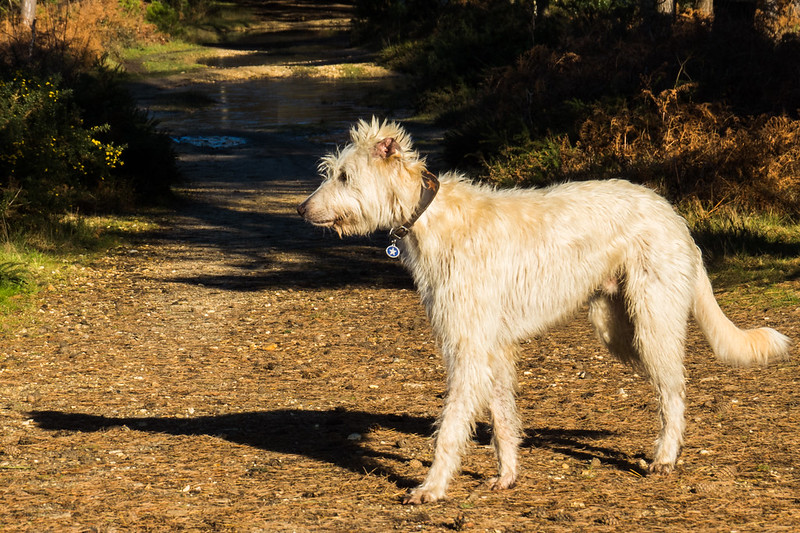 And so onto Friday, and this time we were on Upton Heath in more sunshine. And we met our friend Zeus. 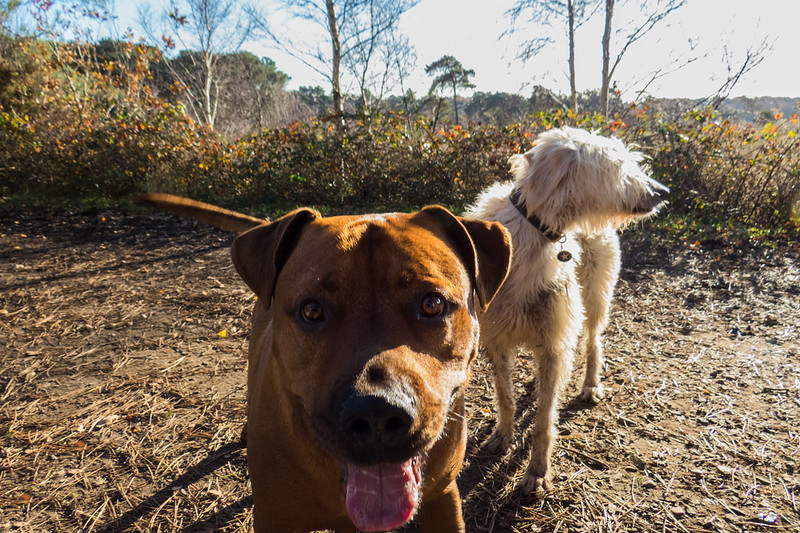 He’s such a lovely boy. 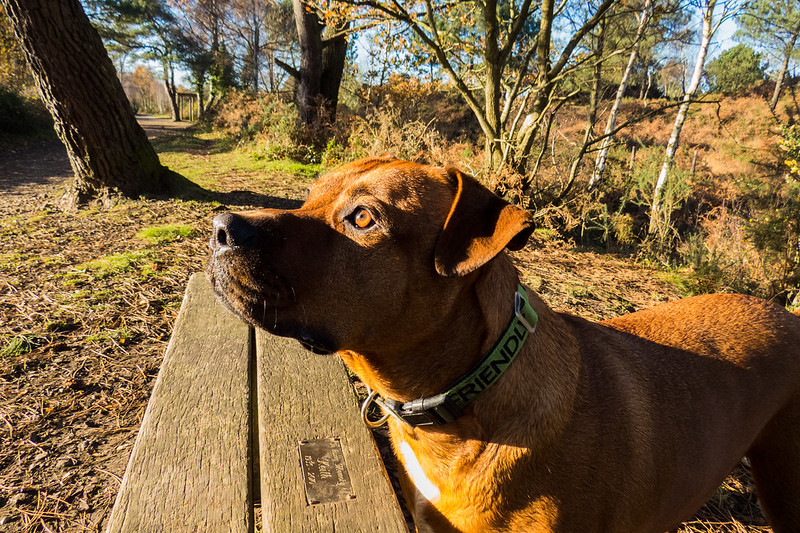 After he and Teddy had a play we walked onto the pond and then round into the old pits. This photo shows that they can look nice in the sunshine, although most of the time they just look drab and mucky, especially given the amount of litter the local boys leave behind when they play on their bikes there. It’s such a shame. 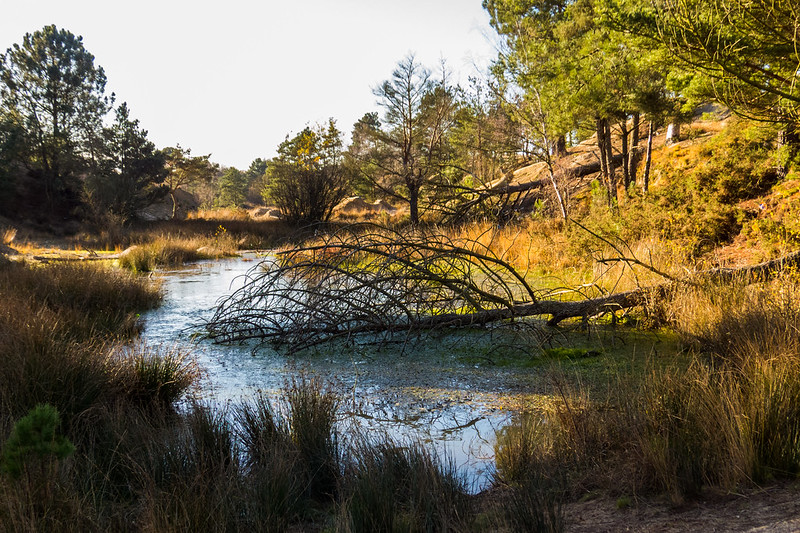 And that’s all for this week.