Cold and wet for the end of December

The Christmas period was miserable and wet, although not particularly cold. By Thursday, though, the skies and cleared and the temperature dropped. So when Teddy and I went for our walk on Canford Heath on Thursday mornings there were large, frozen puddles everywhere. 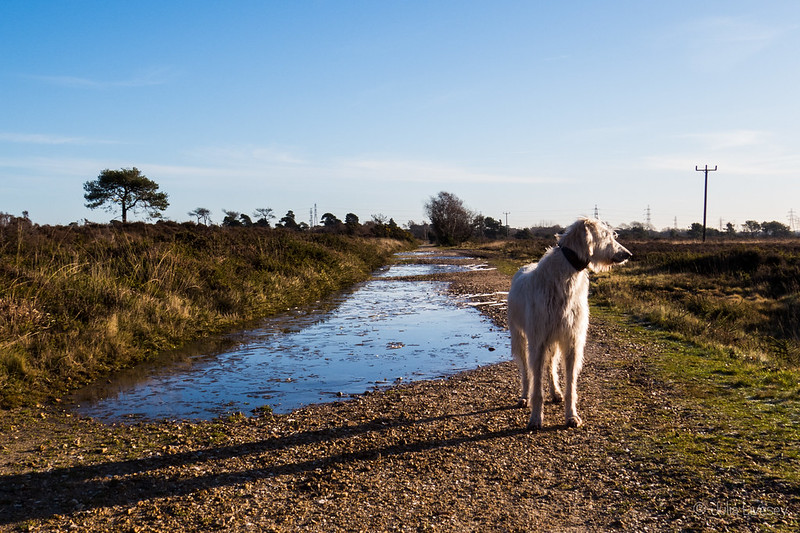 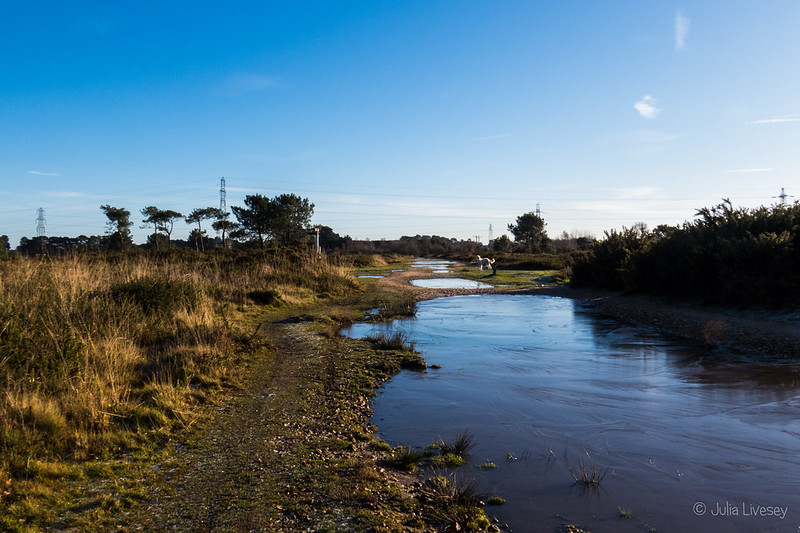 At least all the muddy bits were frozen for me to walk on though, so neither me nor Teddy got too dirty.

The same could not be said of Teddy on Saturday, however. We had had more wet weather and so it was muddy for our walk on Upton Heath. I was really surprised at how clean he stayed as we walked round. Until we got to the silver birch grove on the lower heath, that is, at which point we met Lexi, a 6 month old Rotweiller/Mastiff cross. They had a good play. Unfortunately they played in the muddiest, wettest part of the heath! I dread to think how long it took Lexi’s owner to get her clean: she was rolling and sliding in the mud as Teddy chased her. Teddy stayed upright, but just look at the state of him at the end of it.

He did not appreciate being hosed off when we got home.

And so another year ends. Happy New Year to everyone.