Not much to talk about

I’m really sorry everyone, but it’s been one of those months when I’ve hardly taken any photos as all. Life also followed it’s usual, predictable pattern during the month so there ha been nothing really to post about. As we start February, though, I’ve edited the few photos I did take and can share them with you now.

So 2018 dawned cold, wet and miserable here. Just to prove it, here are the Exmoor ponies on Upton Heath on 2nd January.

I got very excited at the beginning of January as a pair of bullfinches decided that they would visit my feeders. 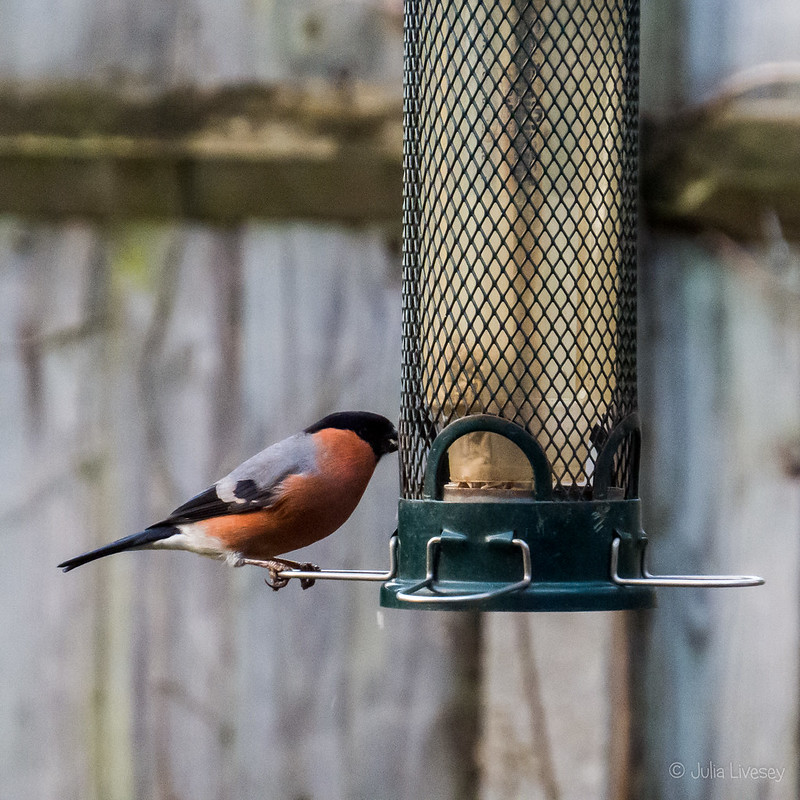 On Sunday 7th January Teddy and I went to Canford Heath for our afternoon walk, and once again we were treated to some beautiful skies. This was the view over Poole. 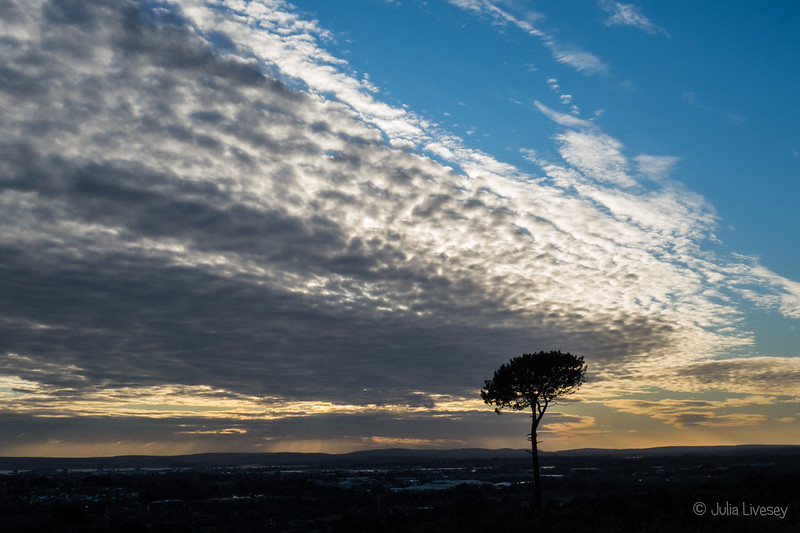 And a couple more of the skies over the heath that day. 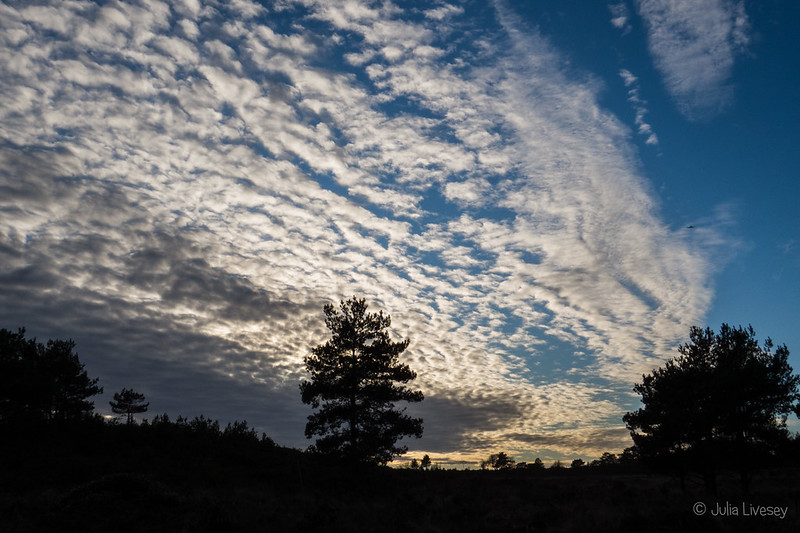 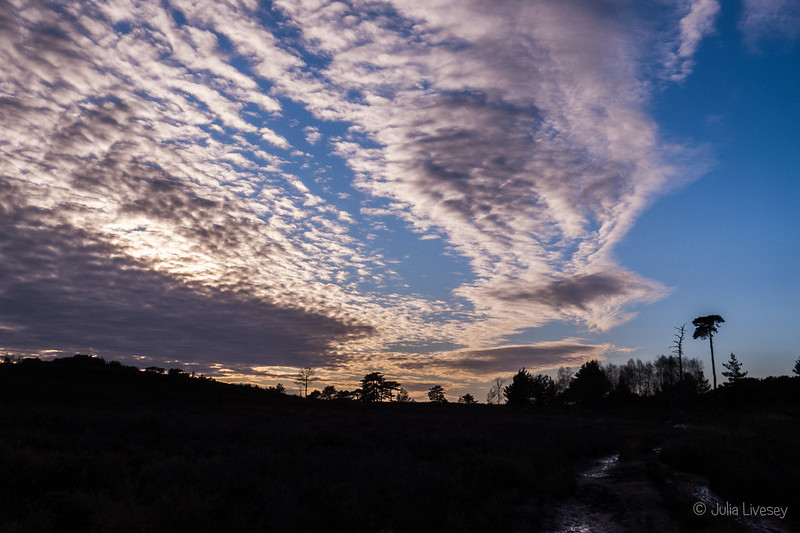 As the weather improved a bit so the first crocuses came out. I took this photo on 19th January in Creekmoor. 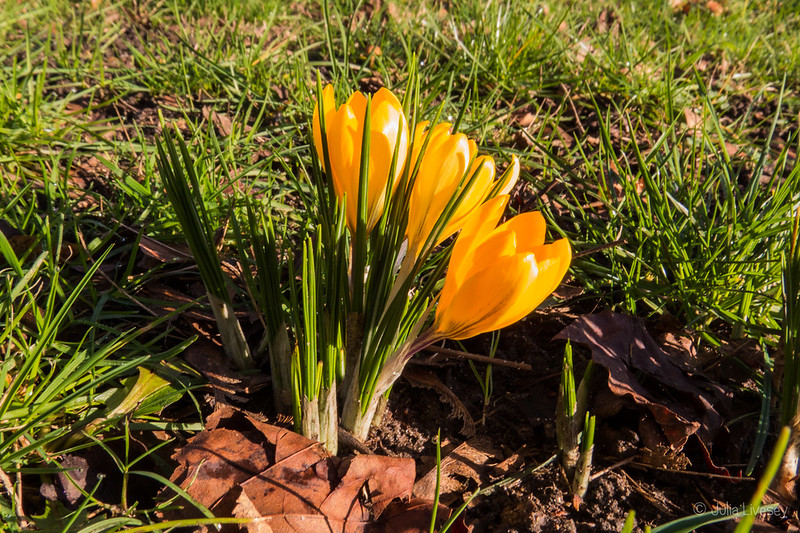 And here is a photo of Teddy from that same walk, as he surveys the old pits on Upton Heath.

On 30th January we had a beautiful sunny morning and for a change I took Teddy down to Lake Pier, which is in Poole Harbour. I used to go there a lot with Max who loved the sea, but Teddy is not so fussed and as it’s not a very long walk I’ve only taken him once. Here he is on the beach. 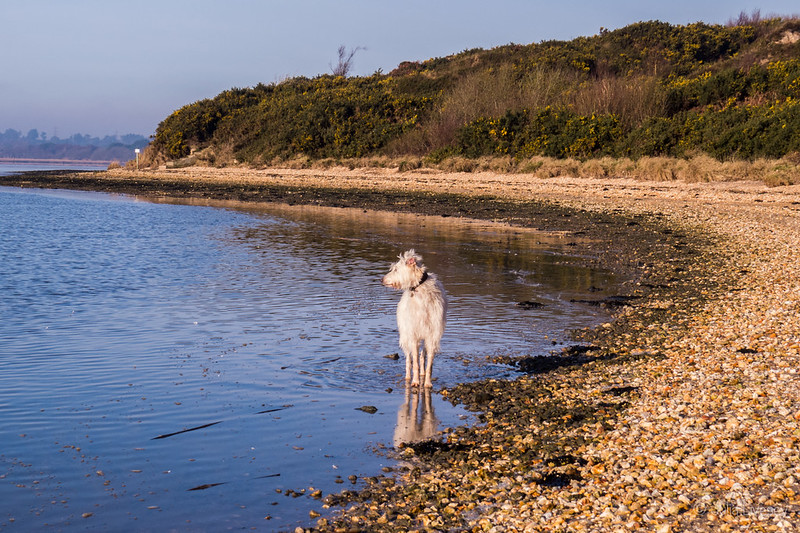 We walked up onto Ham Common and met a beautiful boy: Wellington the English Mastiff. 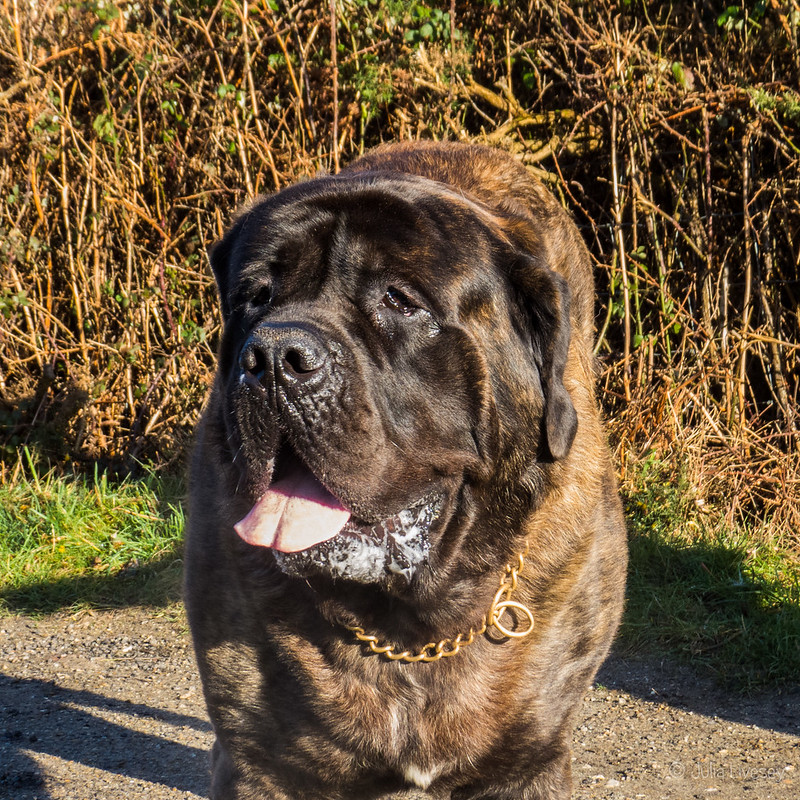 After we walked around part of Ham Common we headed back to the beach and I threw stones into the water for Teddy. Here he is hunting for one of them. 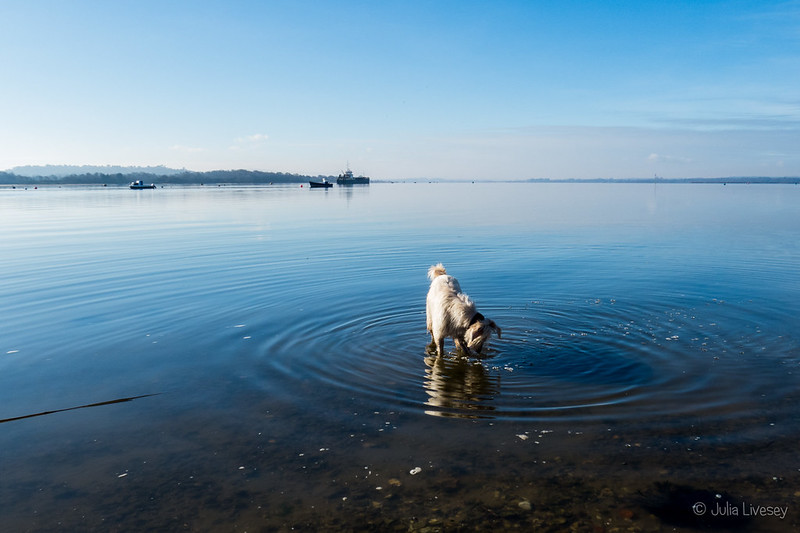 And a lovely one of him reflected in the mill-pond like sea. 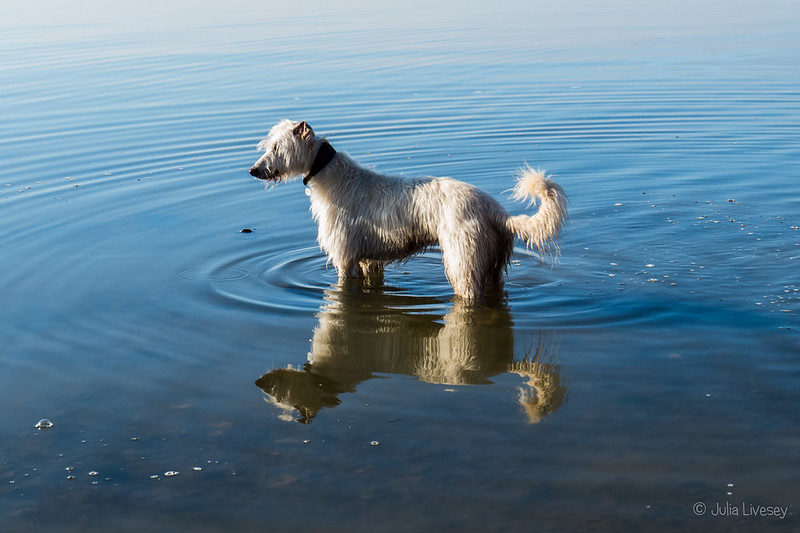 I quite liked this silhouette of the pier. 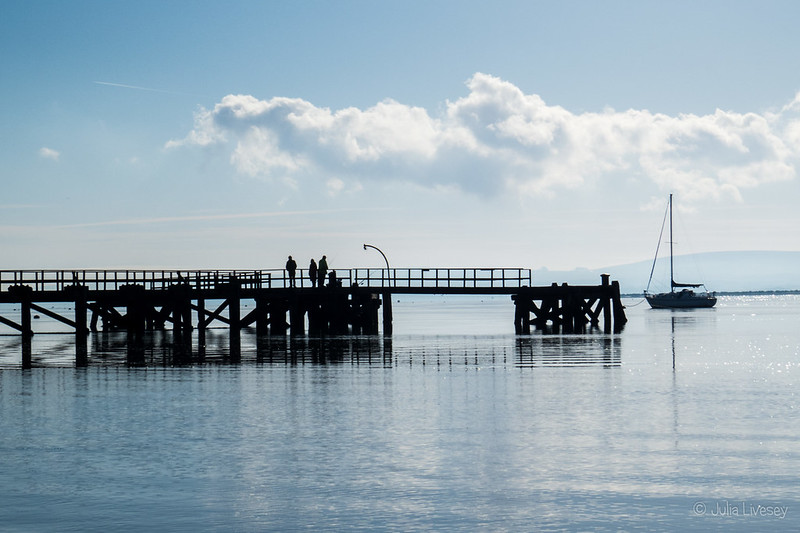 And I will leave you today with a clip of Teddy sniffing around in the sea.