A cold but sunny end to the month

Tuesday 20th saw us on Canford Heath, in the sun, where we met our friends Brian and Poppy. Brian is a Staffie/Shar Pei cross. 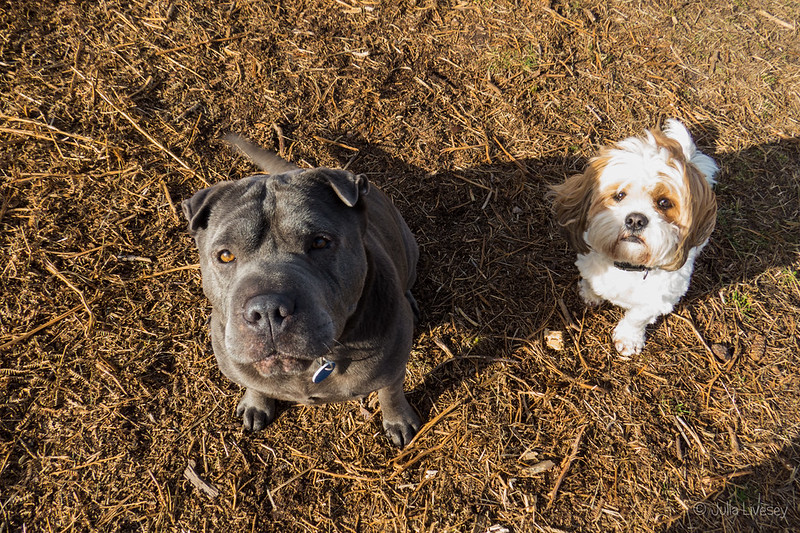 Come Saturday we were back on Upton Heath. Here is a slightly windswept Teddy…

… and a more posed version.

They were taken on the Friday, and on Saturday we were back on a lovely, sunny heath.

On Sunday we went to Canford Heath, where I snapped this shot of Teddy, the moon, and the police helicopter. 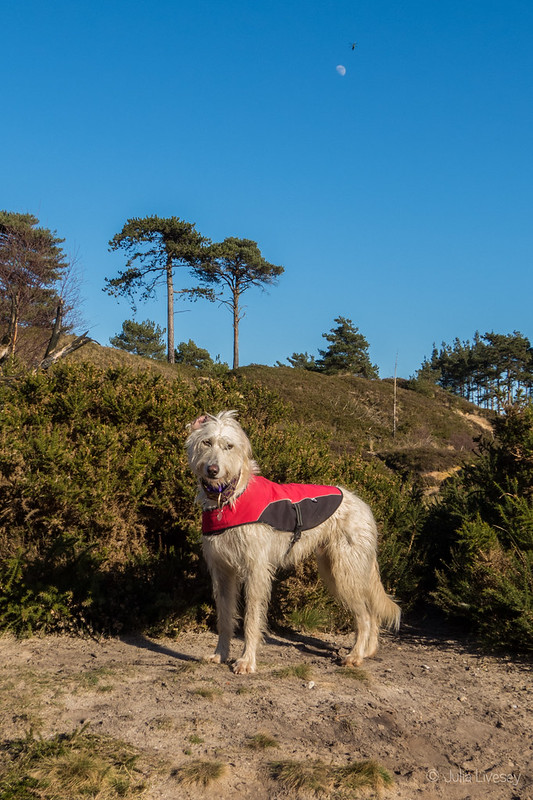 This next photo is of Teddy by a felled tree that he always likes to go and stand by. I’ve since found out that Chris has a habit of sitting on it when he’s walking him. 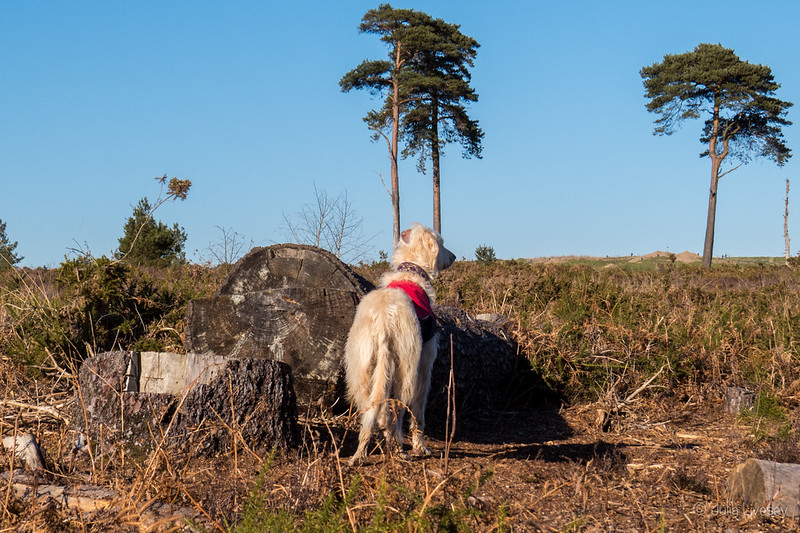 On Monday we met Teddy’s friend, Marley, on Upton Heath. Marley may only have 3 legs but that doesn’t slow him down and he and Teddy had great fun racing around together. 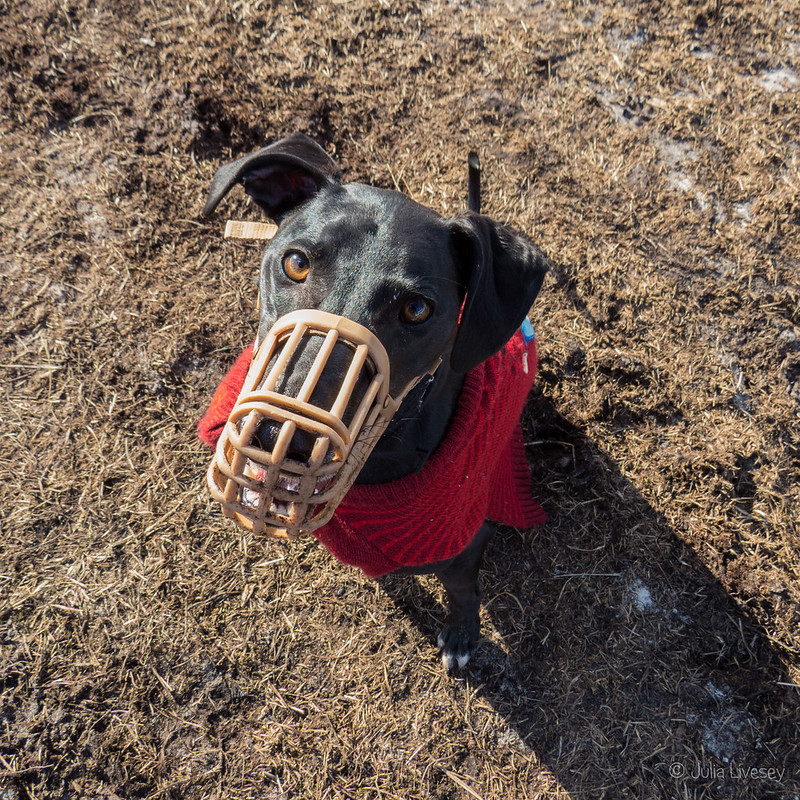 Tuesday 27th was my Dad’s 91st birthday, so I drove over to see him and took him to the Cliff Top café in Highcliffe for a cup of hot chocolate.

In the afternoon I took Teddy to Canford Heath and we ended up getting caught in flurries on snow. 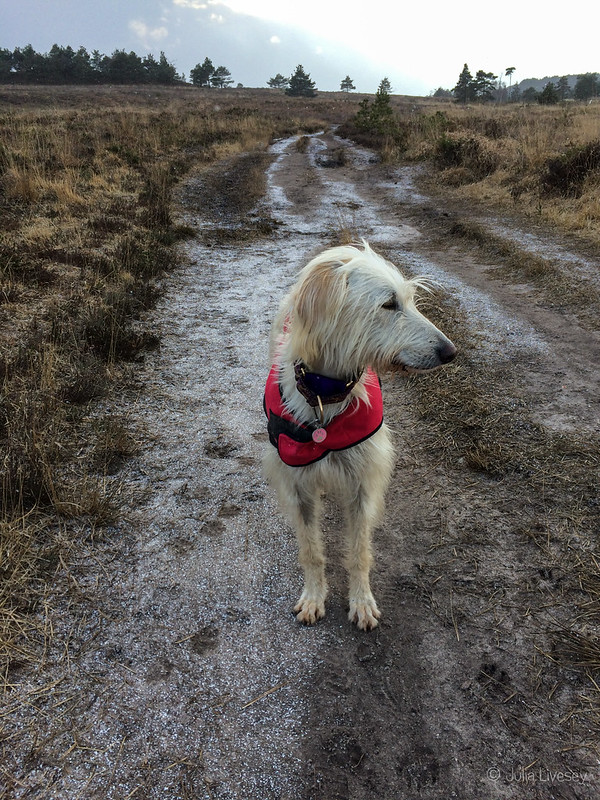 Which gave me the opportunity to get a photo of a Teddy paw print. 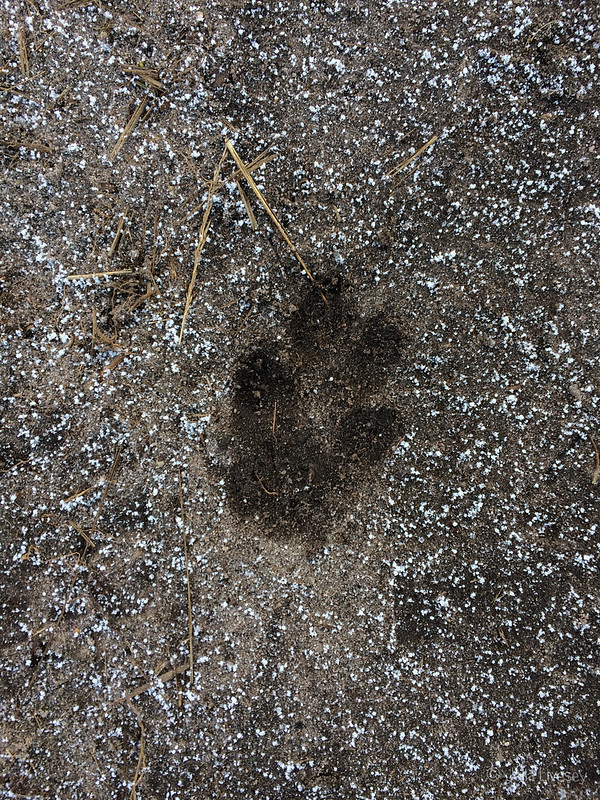 This next photo was taken when we got home, and is another is the series ‘Teddy likes to lie in some funny places’. 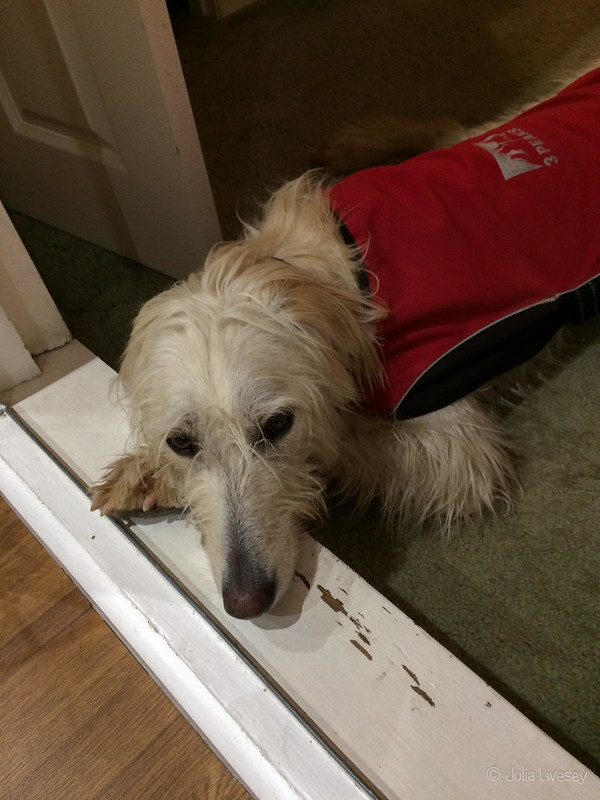 And lastly for February are some photos taken from a cold walk on Canford Heath on the last day of the month. There was ice on the pond near the entrance. 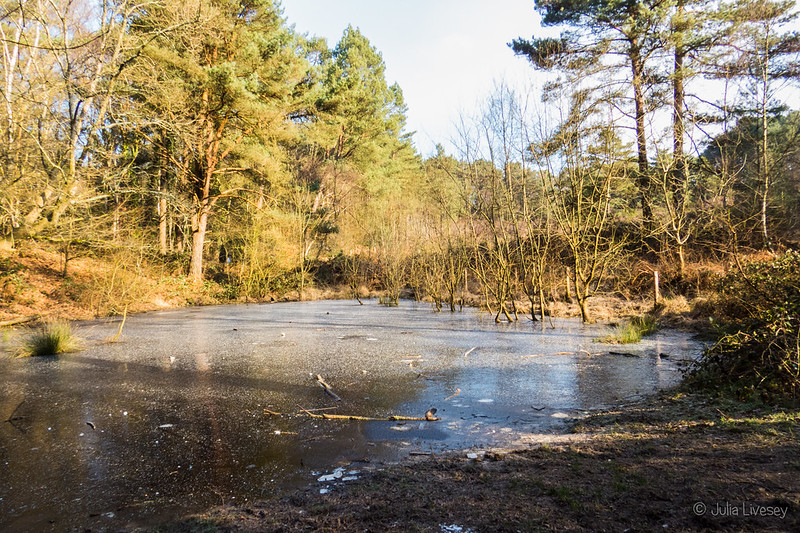 Along the old pit road the council are clearing a lot of trees and shrubs. 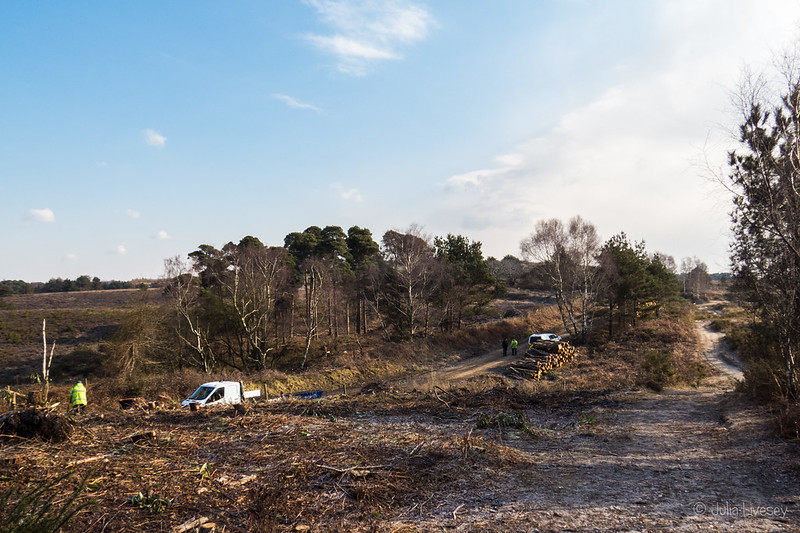 This photo of a branch on a frozen puddle was taken on the old Coach Road. 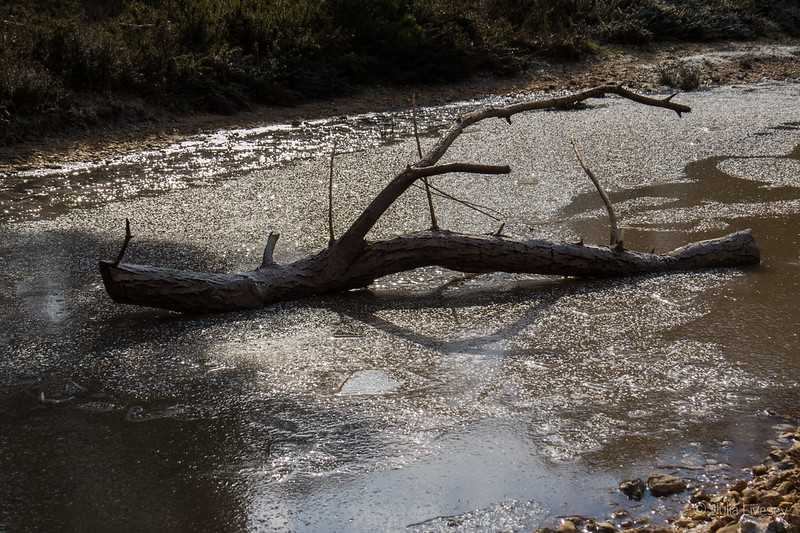 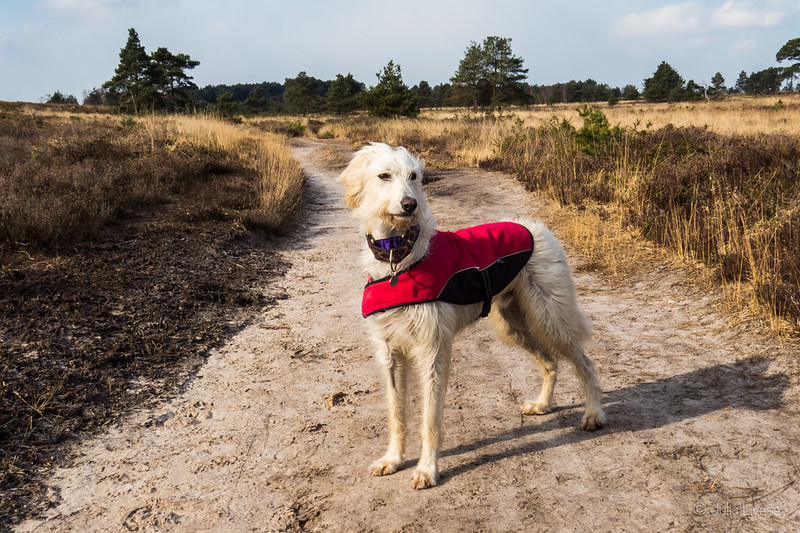 And ice on the stream. 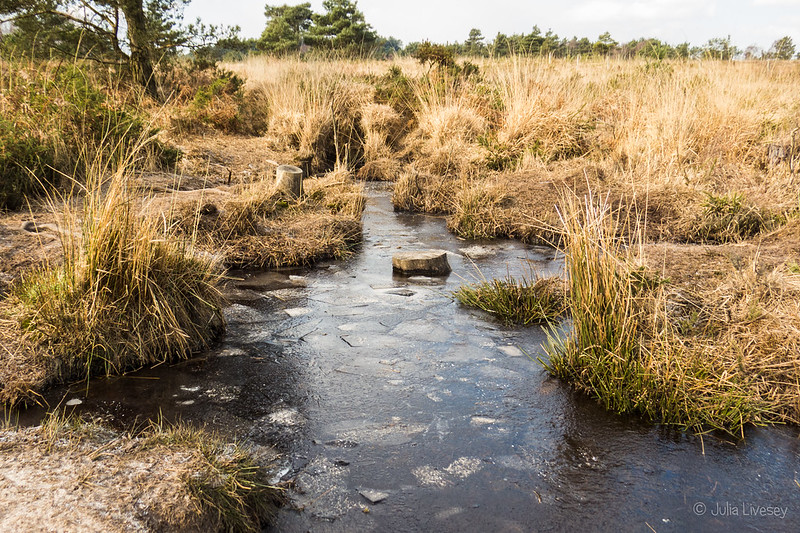 And that’s it for February.